US president Donald Trump, has taken his war against social media platform, Twitter, to another level as he revealed he would delete his twitter if it weren’t for ‘fake news’, moments after he signed a new law against Social media companies on Thursday night.

Trump hit out at Twitter for not criticizing Obama for what proved to be false claims that people could keep their own doctors under the Affordable Care Act signed into law by Obama during his tenure as president. 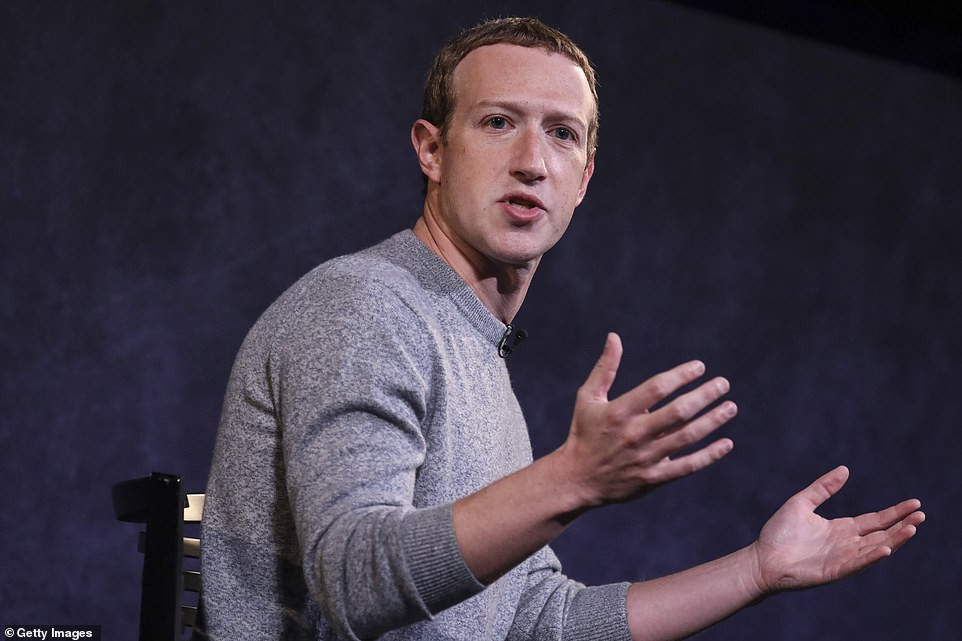 He however praised Facebook founder Mark Zuckerberg, for stating that social media sites should not censor content posted to their platform.

Trump then said if it was legal, he would ‘shut down’ Twitter after signing an executive order that opens up social media sites to lawsuits by diluting their legal protection thereby making them liable for contents being censored by them on their platforms.
Trump’s renewed attack on Twitter comes days after Twitter flagged two of the president’s tweets, the first time the company was flagging any US politician’s tweets . The platform provided additional information, although it did not take down the tweets.

Trump then blasted Twitter for trying to shut down ”conservative voices” while promising to sign an executive order against the company, and on Thursday night did.Taking to his Twitter handle, Trump said;

In a follow up tweet, written in capital letters,  he added; “MAIL-IN VOTING WILL LEAD TO MASSIVE FRAUD AND ABUSE. IT WILL ALSO LEAD TO THE END OF OUR GREAT REPUBLICAN PARTY. WE CAN NEVER LET THIS TRAGEDY BEFALL OUR NATION. BIG MAIL-IN VICTORY IN TEXAS COURT TODAY. CONGRATS!!! 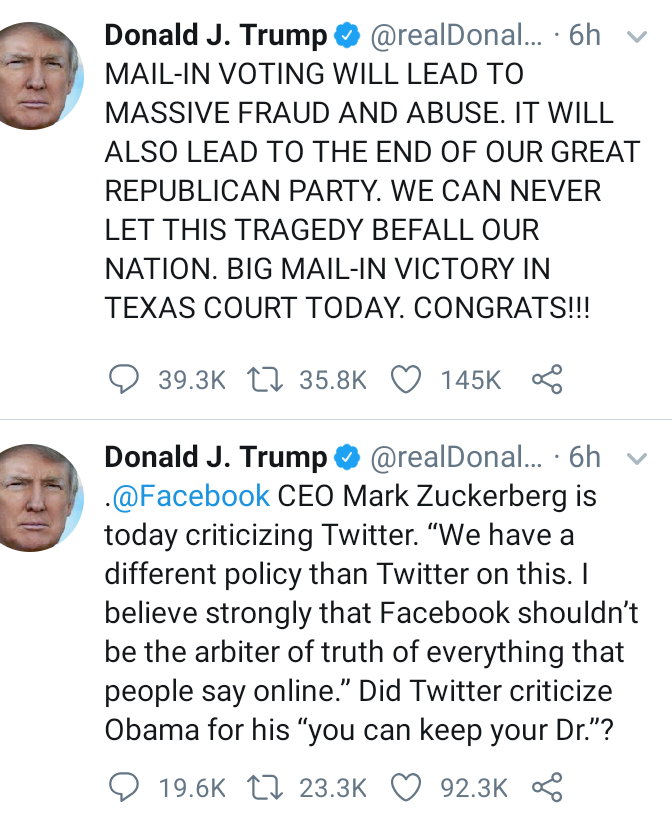 ‘We’re here today to defend free speech from one of the greatest dangers it has faced in American history, frankly, and you know what’s going on as well as anybody. It’s not good,’ Trump said on Thursday night before signing the order, as Attorney General Bill Barr stood beside him.

Pressed on whether he would use the courts to shut down Twitter, Trump responded: ‘I think this: if twitter were not honorable, if you’re going to have a guy like this be your judge and jury I think you shut it down as far as I’m concerned,’ in reference to Twitter’s ‘head of integrity,’ who has been revealed to have posted tweets highly critical of Trump and top Republicans in the past.

‘A small handful of powerful social media monopolies controls a vast portion of all public and private communication in the United States and we know what they are, we don’t have to name them, we’re going to give you a complete listing.’

‘We can’t allow that to happen especially when they go about doing what they’re doing,’ Trump said. ‘Because they’re doing things incorrectly. They have points of view. And if we go by that it’s actually amazing that there was a success in 2016, but we can’t let this continue to happen. It’s very, very unfair.’

Trump also tried to use the power of federal purse strings as pressure, saying we ‘are not going in any social media company that repress[es] free speech.’

He said the government  spends ‘billions of dollars on giving them money’ and called the firms ‘rich enough,’

‘We’re going to be doing none of it or very little of it,’ Trump said.

Asked if he would consider simply deleting his Twitter account given his concerns, Trump said he would ‘do that in a heartbeat’ if we had a ‘fair press’ in the U.S.
‘Twitter now selectively decides to place a warning label on certain tweets in a manner that clearly reflects political bias,’ said the order. ‘As has been reported, Twitter seems never to have placed such a label on another politician’s tweet. As recently as last week, Representative Adam Schiff was continuing to mislead his followers by peddling the long-disproved Russian Collusion Hoax, and Twitter did not flag those tweets. Unsurprisingly, its officer in charge of so-called ‘Site Integrity’ has flaunted his political bias in his own tweets.’

‘Twitter, Facebook, Instagram, and YouTube wield immense, if not unprecedented, power to shape the interpretation of public events; to censor, delete, or disappear information; and to control what people see or do not see,’ it said.

The law also revealed a new  ‘working group’ that will, among other things, evaluate media organizations with evidence of ‘bias’ being used to review content. ‘

‘Complaints described in section 4(b) of this order will be shared with the working group, consistent with applicable law. The working group shall also collect publicly available information regarding the following: (iv) reliance on third-party entities, including contractors, organizations, and individuals, with indicia of bias to review content,’ it says.

Popular reality TV star, Mercy Eke has again, pointed out that her heart is heavy over the ever-rising rape cases…