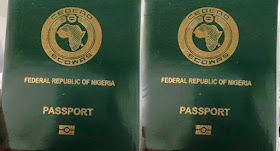 The latest report regarding the world’s most powerful International Passport places the Nigerian passport at 95.

According to the list put together by Henley Passport Index which occasionally curates a list of the world’s most travel-friendly passports, Nigeria is just above countries like Djibouti, South Sudan, and other war-torn countries in the middle-east.

In the recently published report, the Japanese passport is the most powerful in the world, as it avails those who possess it visa-free or visa-on-arrival access to about 191 destinations around the world.

The list also shows another Asian country – Singapore sitting in second place, with other European countries trailing right behind.

Though the largest nation in Africa and often called the giant of the continent, Nigerians still do not have it easy while travelling internationally.

Those who possess a Nigerian passport often experience difficulties going through a plethora of checks, many have often described as dehumanizing the way they were treated at the airports of other nations.

Every year millions of Nigerians leave the country’s shores some for pleasure visits, others for medical tourism and a lot more in search of greener pastures.

However, these trips are not all palatable as the Nigerian passport only avails visa-free or visa-on-arrival access to only 41 countries, with many having to struggle and pay through their noses to visit the highly developed nation.

Katie Price was pictured kissing her son Harvey on the lips as they enjoyed a luxury holiday in Thailand.   The…