A lady whose wedding was scheduled to hold in Yola on December 31, was allegedly killed by suspected Boko Haram terrorists alongside her friends on Boxing Day. 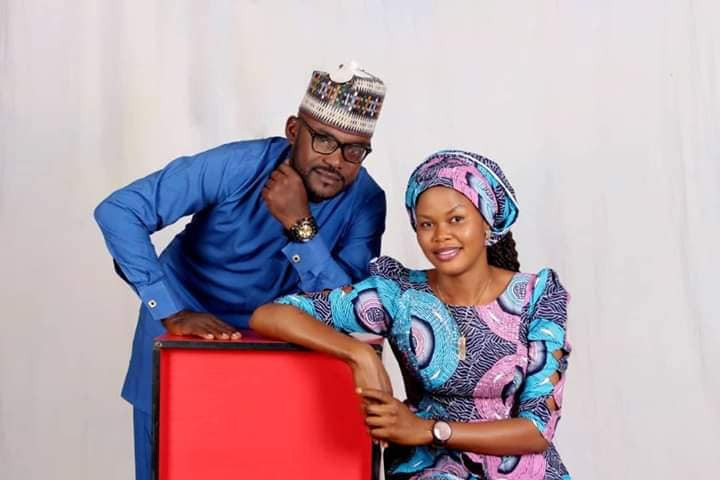 Martha Bulus was reportedlytravelling with her sister, Zainab and her friends said to be members of her bridal train when they were attacked by the insurgents at a village near Gwoza in Adamawa State. It was learnt that all passengers of the ambushed vehicle were killed in the attack. 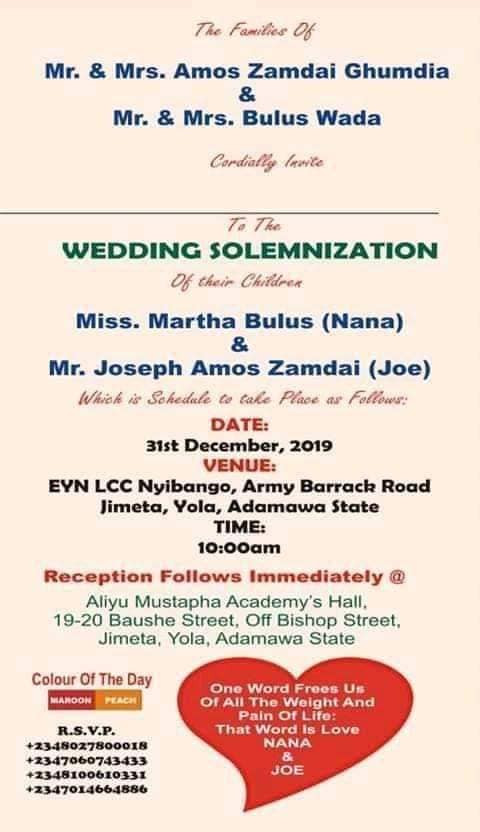 This young lady by name Martha Bulus was killed along side with her friends by Boko Haram yesterday, along Maiduguri- Gwoza road.She was traveling for her wedding which is scheduled to take place on 31-12-2019. May their souls rest in peace.

May God almighty bring an end to our Predicaments and calamities 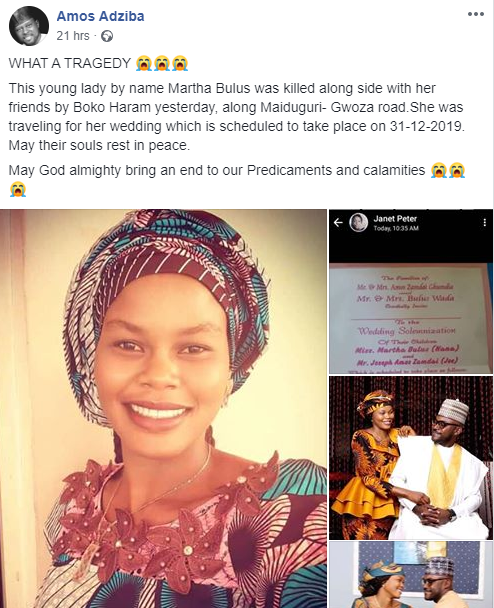 The claims was corroborated by another Facebook user, Jack Vince who wrote;

MARTHA BULUS. Killed yesterday by gunmen believed to be Boko Haram terrorists along Gwoza road as she traveled to Yola to get married. The wedding was scheduled for the 31st of December, 2019.

This is one of several incidences in the embattled northeast of Nigeria that may never make it to the tabloids. 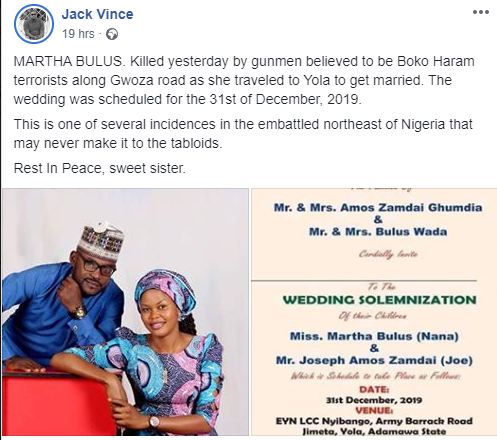 President Buhari has appealed to Christians in Nigeria not to allow execution by the Islamic State West Africa Province, turn…