A private jet owned by US rapper Lil Wayne was a subject of curious interest on Monday, December 23rd to investigators from the FBI, Bureau of Alcohol, Tobacco, Firearms and Explosives and other agencies.

Lil Wayne was reportedly a passenger on the plane that flew into Miami. The plane, a Gulfstream G-V capable of accommodating up to 14 passengers was stopped by federal agents for a search for suspected drugs, Miami Herald reported.

Miami-Dade police officers were also part of the search team. The jet is being held at Miami-Opa Locka Executive Airport, the newspaper quoting three law enforcement sources said.  It said Federal agents received a tip about drugs possibly being transported.

A search warrant was being obtained from a Miami federal judge to inspect the aircraft, the Miami Herald reported.

Lil Wayne also took to Twitter to seemingly give an update on his situation saying, “All goody! I think they thought I was talking abt a different ‘Pack’ in my last tweet”. 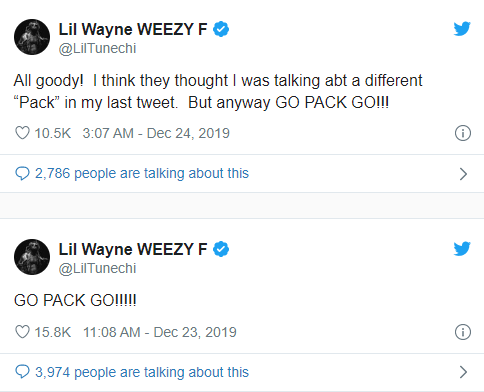 READ  Students of Elizade Private University in Ondo State complain of lack of water, light and snakes everywhere in their hostel
Loading...

President Buhari (retd.) has told the newly-posted United States Ambassador to Nigeria, Ms Mary Leonard, that though it is not an…

Nigerian man narrates how he was allegedly shot, attacked with machete, hammers, sticks by 11 hoodlums but the weapons didn't penetrate his body

A Nigerian man, Ray Morphy has narrated how eleven boys allegedly invaded his home 20 years ago and attacked him…

Nollywood actor, Afeez Oyetoro popularly known as Saka, is celebrating his 16th wedding anniversary today.   According to the actor…