Stokes, captain of England’s cricket team, was man of the match as England won the World Cup for the first time with a dramatic super over victory against New Zealand at Lord’s. A game he won man of the match. 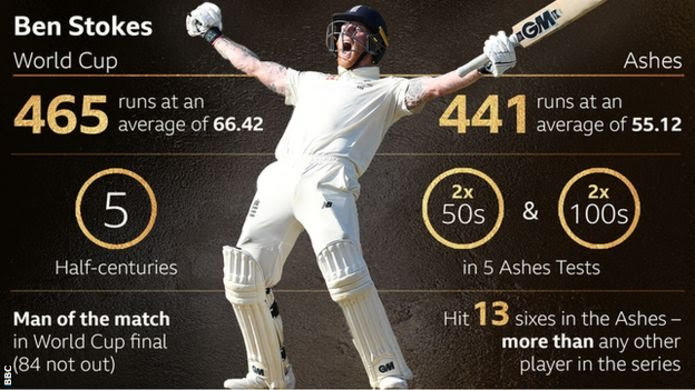 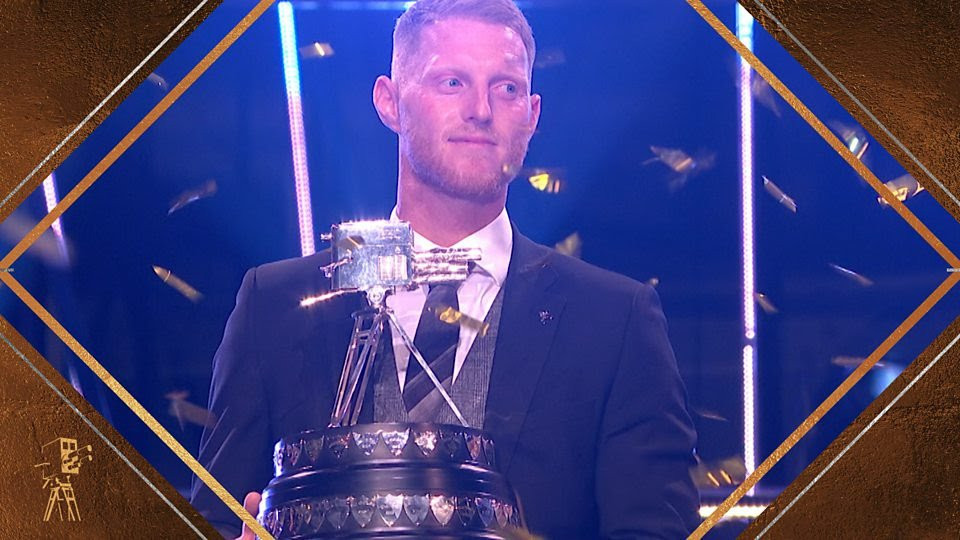 Speaking to his fellow nominees and guests at the awards gala, Stokes thanked his teammates for helping him win the award and then showered praises on his wife, Clare.
“First of all, I think congratulations to all the nominees. What you’ve managed to achieve as individuals and do for your sport is simply sensational, so well done to you too.

There’s so many people you feel you have to thank when you’re up here. It’s an individual award, but I play a team sport and one of the great things about that is you get to share special moments with those team-mates, coaches and without that effort you put in, I wouldn’t be up here receiving this award so thank you so much.

“Two years ago was a tough time for me in my life and I’ve had so many people help me through that. My fantastic manager and friend Neil Fairbrother, you’re more than an agent, you’re an incredibleman. I don’t know how you’ve put up with Andrew Flintoff and me, you and [Fairbrother’s wife] Audrey, you’re incredible people.

“My parents, they live on the other side of the world, they don’t get to share moments like this, the World Cup and be there with me, but the time you dedicated to me growing up, the selflessness to get me to training camps and around the country, this is for you. I love you so much, thank you.

“To my amazing wife, Clare. Family to me is more important than what I do for a living. It puts perspective on everything, after the good and bad days they are there for me no matter what. My two kids too, they are awesome I love you so much.

“Back to Clare, you’re a rock. You always have been. You always will be. I wish you could come here and share it with me, you deserve it just as much. I love you so much and I’m so proud to call you my wife.

“I’m guessing I should leave it there.”

Ben Stokes becomes the first cricketer since 2005 after Andrew Flintoff to win the BBC SPOTY prize.

24-hours after he was accused of car theft, Naira Marley shows off his new Bentley

Barely 24-hours after Naira Marley was accused of 'Car Theft', the controversial musician has now showed off his newly acquired…