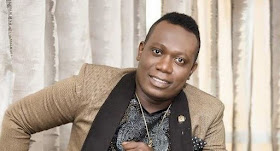 The Imo State Police Command has debunked earlier information that popular musician Duncan Mighty was abducted by gunmen in Owerri, saying instead, he was arrested by the command for alleged fraud.

The Musician whose hit song “I am a Port Harcourt Boy” made him instant celebrity, was earlier announced kidnapped by his friend, Paschal Chubuike Okechukwu, a.k.a Cubana Chief Priest, a night club owner and show promoter, who said Duncan was first beaten up by the gunmen, before being whisked away.

According to the police, the singer was arrested for allegedly duping former administration of Governor Rochas Okorocha of Imo State to the tune of N11m in a breach of musical contract.

His disappearance had sparked off anger among his ardent fans in Port Harcourt, the Rivers capital, based on the initial rumour that filtered into the Rivers State that he was abducted by “unknown gunmen”in Owerre, Imo State.

According to the Police Public Relations Officer, PPRO, SP Orlando Ikeokwu, the arrest followed a petition written by an upcoming rap artist M2, who claimed that the Imo state Government led by Owelle Rochas Okorocha, through the office of the Special Assistant, SA, on Entertainment had entered into a deal with Duncan Mighty to manage, promote, arrange collaboration with other top artist and sign M2 under YOUNG WEALTH record label owned by Duncan Mighty.

M2 allegedly told the police that as a result, an agreement was reached and a fee of N11,000,000 was paid to Duncan, adding that, however, since collecting the payment, he refused to fulfill his own part of the deal.

The Ikeokwu said, “Today 14/12/19, operatives of the command arrested popular music artist Duncan Mighty on an allegation of fraud.

“Sequel to the petition, the artist was arrested, and he affirmed having such agreement and collecting the fund, but said he can only refund the money if the contract is terminated. He was then released on bail on self recognition.

“Consequently, a letter was received by the representative of the former Governor, terminating the contract to enable him refund the money and since then, he absconded and all efforts made to reach him proved abortive.

“In view of the above, a warrant of arrest was issued, that led to his arrest at the early hours of this morning”, Ikeokwu added.

A senior lecturer at the Obafemi Awolowo University (OAU) Ile-Ife, Prof. Jerome Elusiyan, was on Friday shot dead by unknown…