I took a gamble on acting, it worked –Illbliss – NaijaSpects Skip to content

I took a gamble on acting, it worked –Illbliss 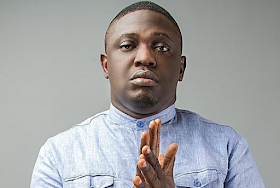 Nigerian rapper Illbliss fondly called ‘Oga boss,’ stunned many of his fans when he interpreted the role of Odogwu Malay in Kemi Adetiba’s ‘King of Boys’. The talented rapper got countless reviews for his role in the 2018 political thriller.

In a chat with Saturday Beats, Illbliss revealed that he had his initial fears when he took on the role.

“I had my initial fears when I wanted to appear in King of Boys because it was my debut acting appearance .I only dabbled into it. I took a gamble and it worked. It feels good to know that you can try other things outside of your comfort zone and get results from them”.

Asked If he was shocked about the success of the flick, he said: “I knew it was a great story, I wasn’t shocked . I knew it was going to work”.

Woman kills house-help for ‘sleeping with her husband’

Woman kills house-help for ‘sleeping with her husband’ A court in Limuru, Kiambu County has ordered that a 45-year-old woman…

Justice Mohammed Owolabi of the Oyo State High Court on Friday, November 29th sentenced a former staff of the Ayete…

Nobody has the lowest voice than a guy who is asking for a girl's number in a public bus!

Nobody has the lowest voice than a guy who is asking for a girl's number in a public bus!