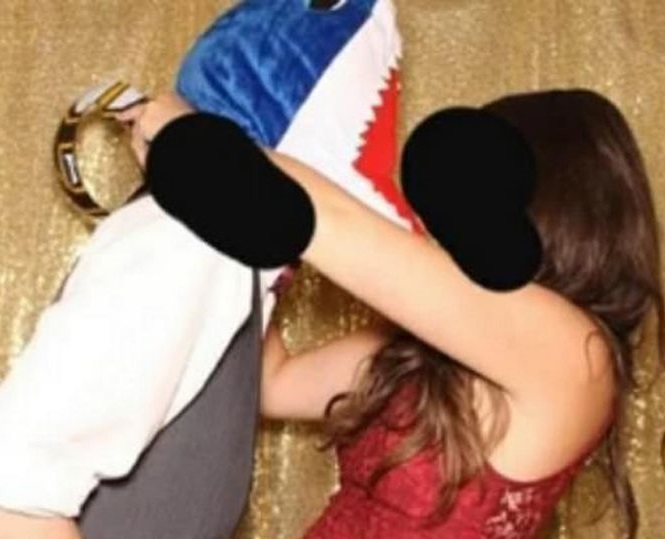 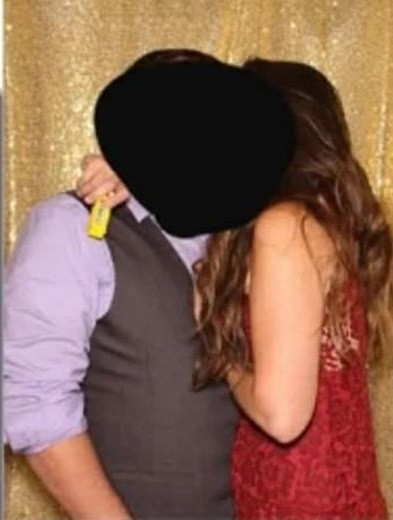 A wedding photo booth allegedly captured a guest cheating on her date for day with another man.

The booth captured pictures of the woman first kissing her date in the white shirt – before later dressing up and kissing another man in a purple shirt.

According to a Reddit user, the DJ posted the incriminating images the day after the wedding – believed to be in America.

Alongside the images, the user wrote: “The girl in red came as a date with the shark head dude,’ she said of the woman and her original date.

They then added: “The purple shirt guy then made out with her in the photo booth and in front of his kids.”

The woman in the red dress is seen wearing various fancy dress props as she kisses both men.

Many Reddit users commented on the thread, branding the behaviour “trashy”.

One user said: “It’s super trashy but I am loving that red dress.”

Later it emerged the wife of the second man to be kissed in the booth had allegedly uploaded the image also on social media.

Lovely new photo of Bambam and her beau, Teddy A

Lovely new photo of Bambam and her beau, Teddy A Cute....cute! The both where having a nice time