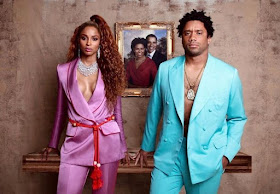 Singer Ciara has paid the ultimate tribute to Beyonce and Jay Z with her Halloween costume. Ciara and her husband Russell Wilson transformed themselves into music’s biggest power couple.

They imitated the iconic video for Beyonce and Jay Z’s track Apes**t.

In the video, Beyonce and Jay Z both wear silk trouser suits with a ton of bling and stand in front of the Mona Lisa – they even rented out the Louvre to pull this off.

Ciara, 34, and American football player Russell, 30, replicated the outfits perfectly, right down to the hairstyles.

But instead of the Mona Lisa, Ciara and Russell pose in front of a framed picture of former US president and first lady, Barack and Michelle Obama.

Ciara posted a photo on Twitter , and received a fantastic reaction from her fans.

One wrote: “Ya’ll not only win at Halloween but y’all win at life. HOW? LOOK AT YA’LL. I can’t. This is legendary. Wow.” 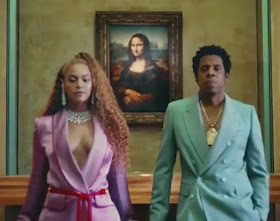 READ  Holly Willoughby poses in iconic jungle shower as she prepares for I'm a Celeb
Loading...

Denrele Edun releases new photos after a while

Denrele Edun releases new photos after a while It's been long we saw him, so we think it's cool. Two…