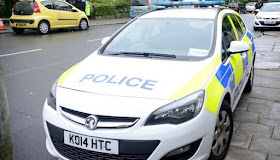 A 22-year-old woman took her own life after she was diagnosed with a rare brain disorder inherited from her late father, an inquest heard.

Chelsea Kyle was found hanged at the bottom of her garden in Devenport, by a neighbour who had gone outside to feed the birds.

Troubled Chelsea had previously attempted suicide on two separate occasions having been diagnosed with Huntington’s disease in 2014, Plymouth Live reports.

Four years earlier her father had died from complications associated with the same condition, aged 45.

Chelsea’s mental health spiralled soon afterwards – and she was left heartbroken by the loss of her dad.

“There were significant things in Chelsea’s past, particularly Huntington’s, which clearly had impacted her greatly,” Mr Bird said.

“There were lots going for her, at home, her relationships, and at work, but she had a lot of challenges as well.”

The inquest heard Chelsea had completed some childcare training and had started a hairdressing course, where she formed a ‘good group of supportive friends’.

It was revealed Chelsea had a miscarriage shortly before her death – which she was said to have been ‘relieved’ about for fear her and her fiancé Christian’s unborn baby may have also inherited Huntington’s.

Police detailed Chelsea’s mental state in the weeks leading up to her death – confirmed around noon on July 13 this year.

She had not taken any drugs or alcohol.

Investigating officer detective constable Nick Bloom, told the hearing: “Upon speaking with Christian (Chelsea’s fiance), he described how a few weeks earlier, Chelsea had gone missing, for a whole day, and had returned with no real explanation as to why she went missing.

“In the days that followed, she did tell Christian she had contemplated suicide when she had gone missing and had bought a length of rope at the time.

“They had a discussion at the time and she made Christian promise not to say anything to anybody.

“But with that being said, she said that if she felt poorly, or suicidal, she would tell him straight away.

“He accepted that and didn’t say anything to anybody about that.”

Chelsea had sent text messages the night before her death to her fiance. But he didn’t respond after having a ‘bad day at work’.

Assistant coroner Mr Bird said Chelsea’s partner ‘should not feel any responsibility arising from that’.

He said the circumstances that night were no different from the ‘usual, ups and downs’ that arise in a relationship.

“In terms of that being a significant issue, with why we are here today, I do not give any weight to it at all,” Mr Bird said.

The medical cause of Chelsea’s death was asphyxiation due to compression of the neck structures by ligature.

READ  Aaron Schlossberg apologizes after he went viral for threatening to call immigration officers on employees who spoke Spanish
Loading...