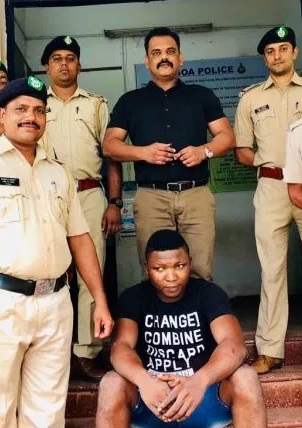 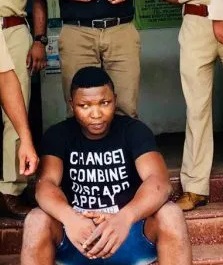 In a major seizure, police in Goa, western India on Tuesday arrested a Nigerian Ifeanyi Pascal Obi, a.k.a Alex and confiscated drugs worth about Rs 3 crore(about $400,000) from him, local media reported on Wednesday.

Tuesday’s haul was a massive one considering that the value of the seized drugs was the same as the entire seizures in 2018.

The seizure was made following a raid at a hotel in the beach village of Candolim by the Calangute Police Station following a tip off.

Police inspector Nolasco Raposo, in-charge of the Calangute police station said that 34-year-old Nigerian was arrested for possession of the drugs.

“We have seized around 1 kg of Cocaine, around 2 kg MDMA(ecstasy drug), around 760 grams of Amphetamine tablets, around 106 grams charas, 1.2 kg ganja and cash amount of Rs 2 lakh, Raposo told reporters in Colangute.

Obi was arrested earlier in 2011 and booked for overstaying and again in 2012 for the possession of cocaine. The trials are pending in both cases.