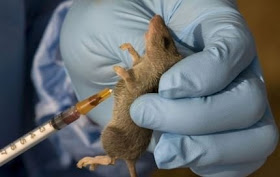 Five people were confirmed dead on Friday by the National Center for Disease Control (NCDC) following a Lassa fever outbreak in Benue State.

It was learnt that 21 suspected cases of Lassa fever was received from the state out of which eight cases were confirmed while five infected persons died.

“Since the beginning of the year, there have been 21 suspected cases of Lassa fever in Benue State.

Eight cases were confirmed after laboratory tests and five deaths have so far been recorded,” Programs Officer, Risk Communications Desk of NCDC, Hanatu Bello said at a news conference in Makurdi.

Chioma shares photo of her bare bump at 5-months of pregnancy Davido's fiancee, Chioma took to her instagram page to…

Checkout the convoy that came to pick up BBNaija winner, Miracle from Sam Mbakwe airport, Owerri