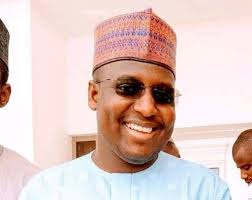 Bauchi Commissioner of Finance, Nura Manu Soro, has resigned 36days after he was appointed and sworn-in.

He was sworn-in alongside other commissioners on September 11.

In a WhatsApp post he wrote: ”I have resigned my position as the Commissioner of Finance and member of the Bauchi State Executive Council. I’ll issue a press release on the situation later Insha Allah.”

But the Nation gathered his resignation may not be unconnected with the minor cabinet reshuffle, which moved Soro from the Finance Ministry to Youth and Sports.

Governor Bala Muhammad had earlier approved a minor reshuffling and reconstitution of the State Executive Council.

A statement by Dr Ladan Salihu, the Commissioner of Information and Communication, on Wednesday said Nura Manu Soro was moved from the Ministry of Finance to the Ministry of Youth and Sports

The statement added the Commissioner, Ministry of Water resources, Umar Adamu is to replace Soro.

READ  Cardi B and Nicki Minaj call truce hours after fighting each other on social media
Loading...