Nigerian football lovers are currently battling it out on Twitter after a user suggested that Wilfred Ndidi should now be seen as a better player to former Chelsea player John Mikel Obi because he now has 6 premier league goals to his name compared to Mikel who only scored one goal in the English premier league during his career.

Ndidi is one of the top players in UEFA Champions League chasing Leicester City’s squad, and already has 6 goals to his credit in the EPL as a Leicester player compared to Mikel who scored just one goal in over a decade and 249 EPL appearances at Chelsea.
Both players play the same defensive midfield position, and with Man United reportedly interested in signing Ndidi and his goal and performance in Sunday’s thrashing of Newcastle, some Twitter users feel he is the better player. However, most Twitter users were not having it, and blasted whoever brought up the comparison between both players. 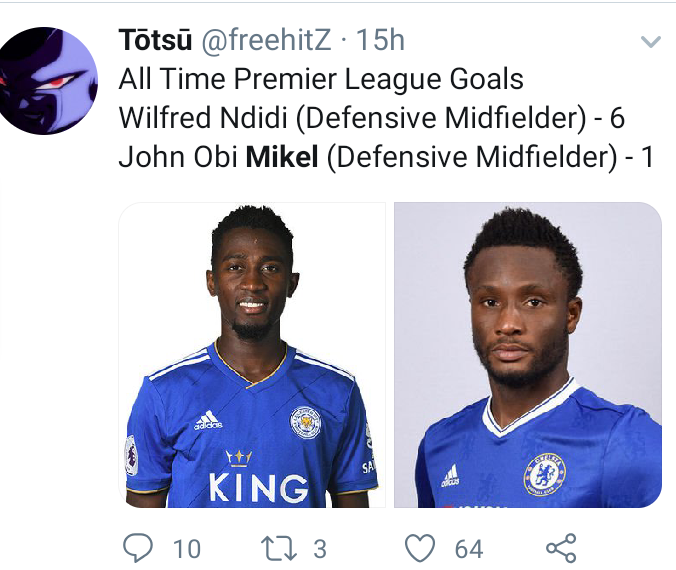 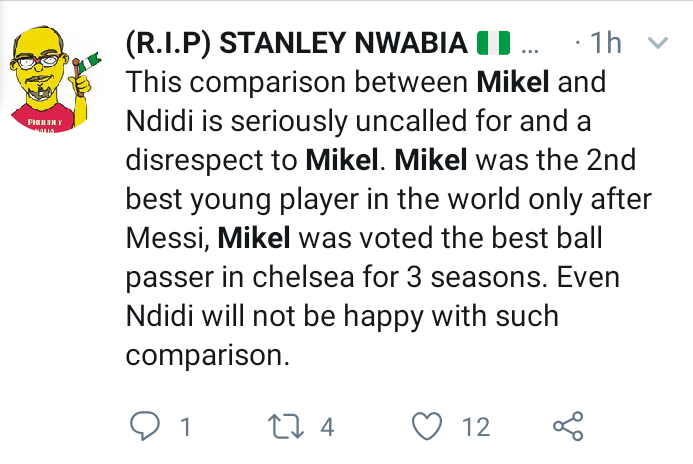 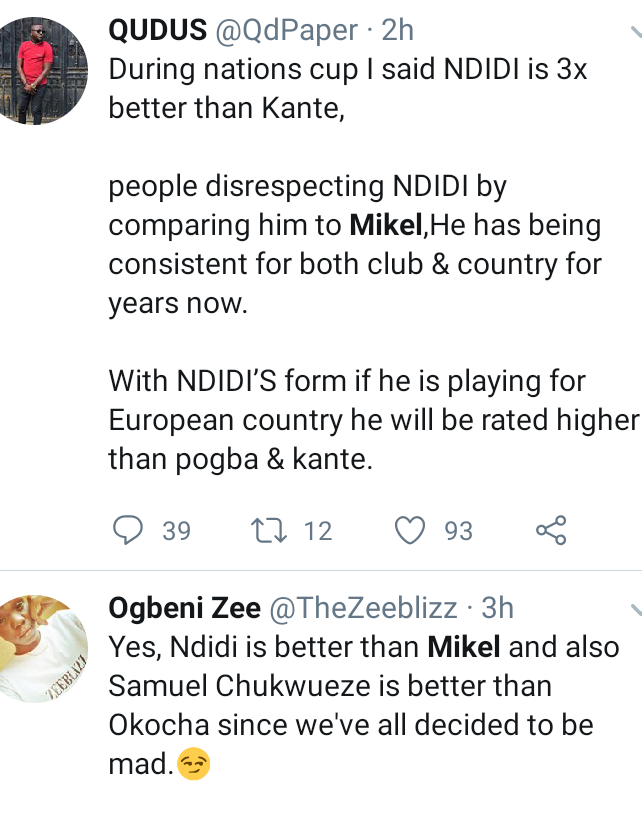 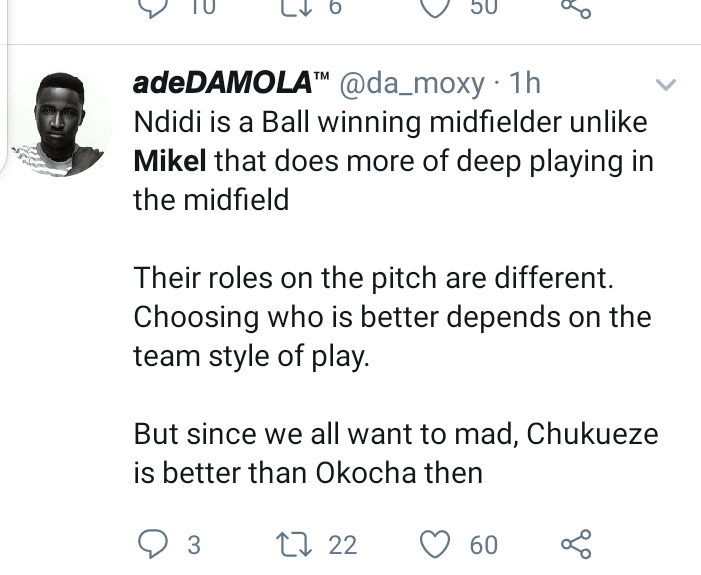 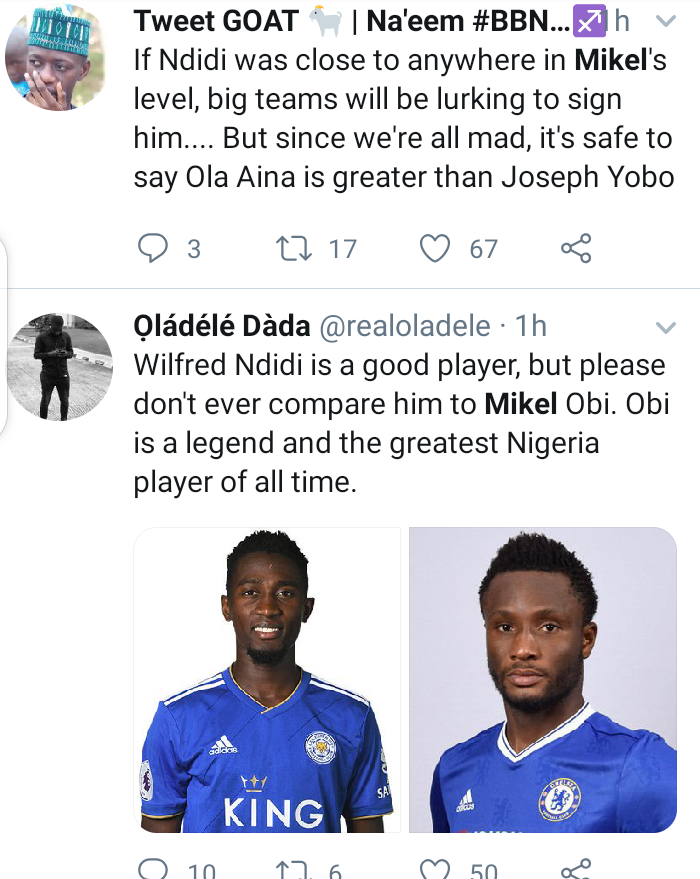 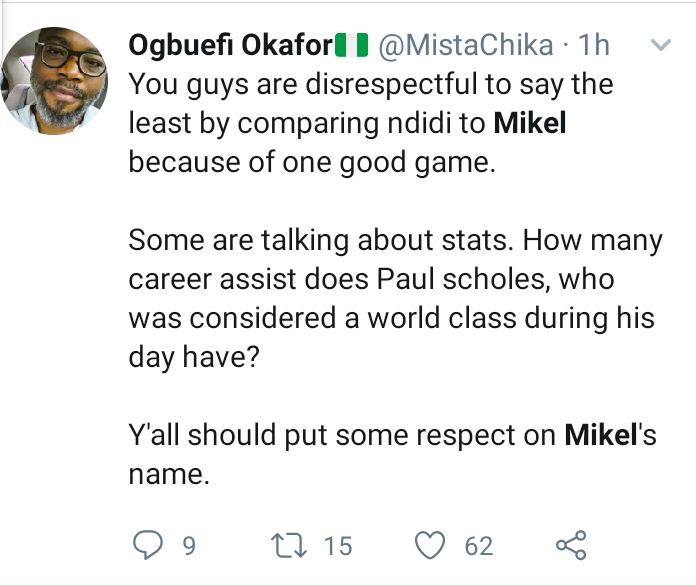 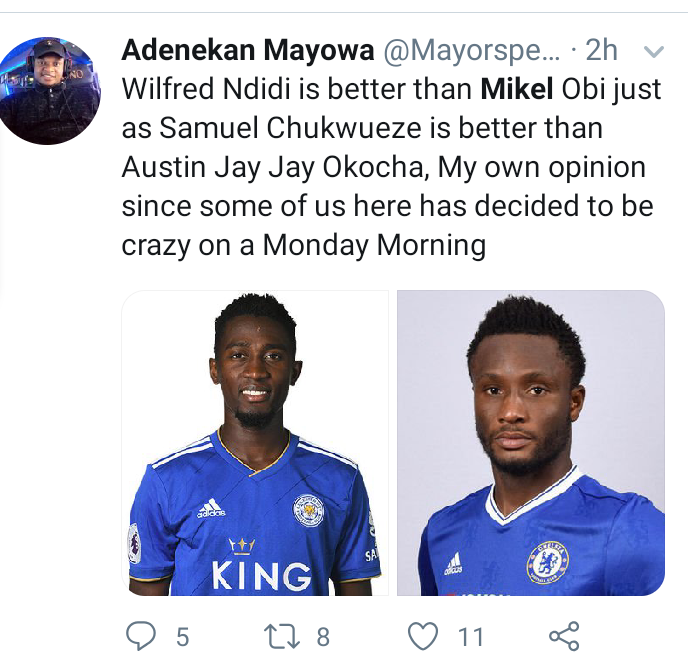 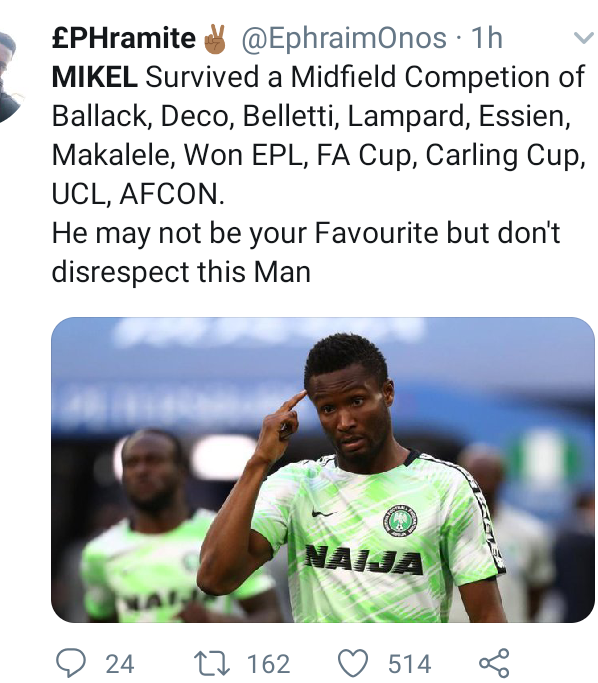 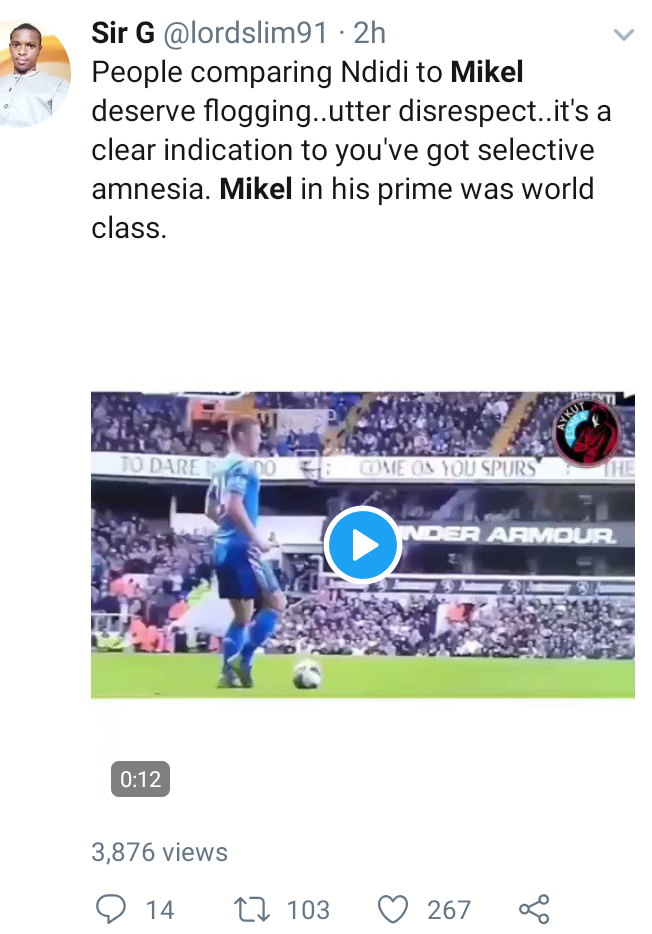 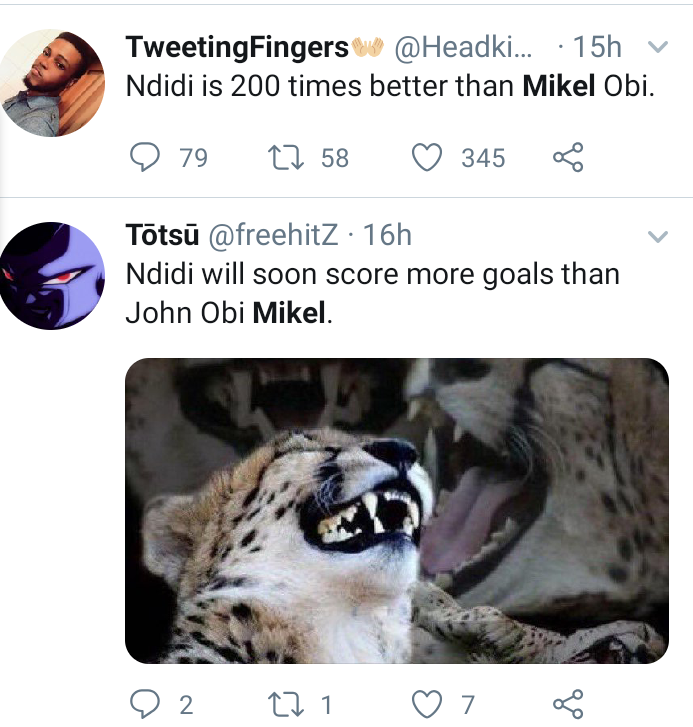