Ecuador’s president has said that the UK government has assured him that WikiLeaks founder Julian Assange will not be extradited to any country where his life is in danger.

Julian Assange, an Australian computer programmer, has been living under asylum at the Embassy of Ecuador in London since August 2012, after he leaked highly sensitive government information provided by Chelsea Manning on his website, WikiLeaks, in 2010.

WikiLeaks has been used for the release of thousands of classified US military and diplomatic cables.

Assange says that he faces charges under seal in the US for revealing sensitive government information on WikiLeaks, though the exact charges against him remain unclear.

Assange has remained in Ecuador’s embassy in London for fear that he will be extradited to countries where he is wanted or that he will be arrested in the UK for the criminal offence of breaching his bail conditions.

Ecuador’s president, Lenin Moreno, says the UK has now provided sufficient guarantees for Julian Assange to leave his government’s embassy in London. He added that his government had received written assurances from the UK government that they will not extradite Assange to any country where he would face the death penalty. 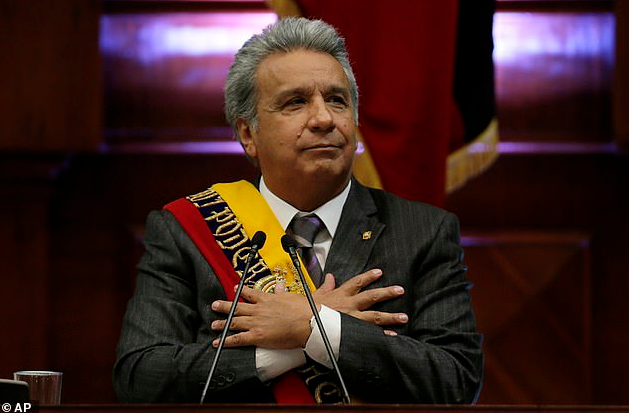 The way has been cleared for Mr Assange to take the decision to leave in near-liberty.

He did not say he would force Assange out of his country’s embassy but said Assange’s legal team is considering its next steps.

READ  Lady moves into a new apartment and what happened four months after will leave you in shock
Loading...

Facebook's value plunges by $9.5b after a document leak exposed the company for being "anti-competitive"

Facebook shares has taken a sharp fall one day after documents incriminating the tech giant were leaked. As the stock markets…

Meghan Markle is a 'fool' to let her dad Thomas Markle in her son's life, says his ex-wife