Former US president George W. Bush breaks down in tears as he says farewell to his late father George H.W. Bush at his funeral service. – NaijaSpects Skip to content

Former US president, George W. Bush, delivered an emotional tribute to his late father George H.W. Bush, at his memorial service which took place today at the National Cathedral in Washington.

His late father, who was also a former President of the United States died on Friday at home in Houston, Texas. He was 94.

Towards the end of his tribute, George W. Bush broke down in tears as he spoke about his father who is the 41st president of the United States. 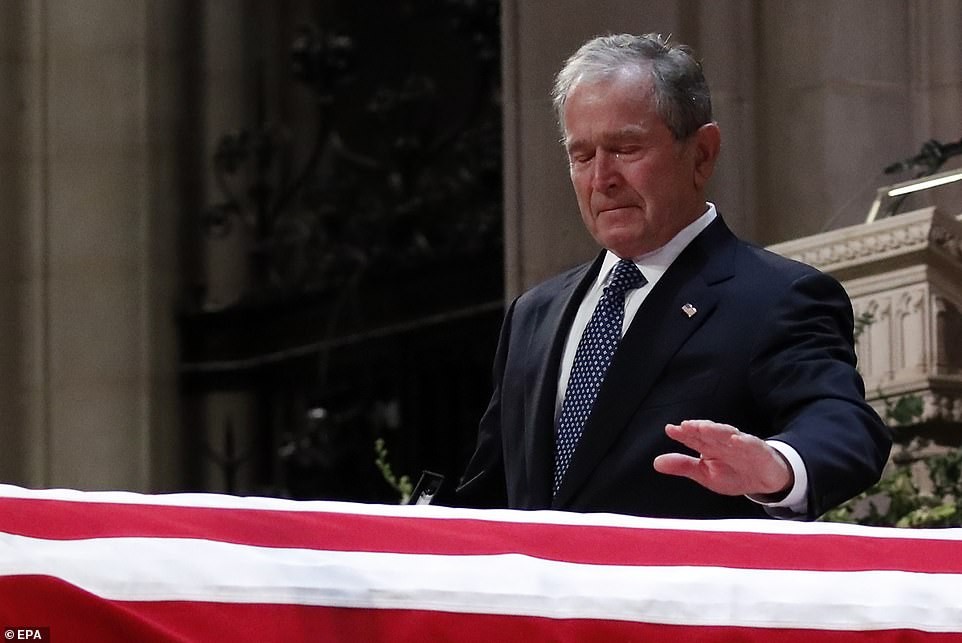 ‘Through our tears let us know the blessings of knowing and loving you, a great and noble man,’ Bush said of his father and namesake, George H.W. Bush.

He called him ‘the best father a son or daughter can have’ – losing his composure and lowering his head amid tears after delivering the preceding speech at a clipped face.

‘And in our grief, I just smile knowing that dad is hugging Robin and holding mom’s hand again,’ Bush said. 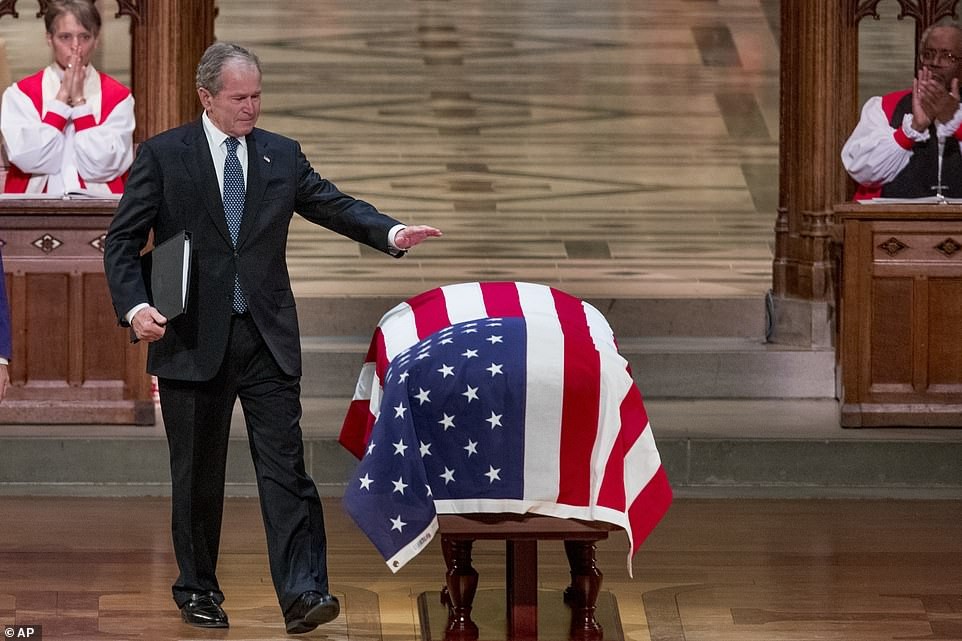 He was referring to Robin Bush, the second Bush child who died at the tender age of three of leukemia in 1953.

‘We’re going to miss you your decency, sincerity and your kind soul will stay with us forever,’ he said at the end of his remarks.

According to reports, around 3,000 people attended his funeral at the National Cathedral and more than 50,000 lined the streets. 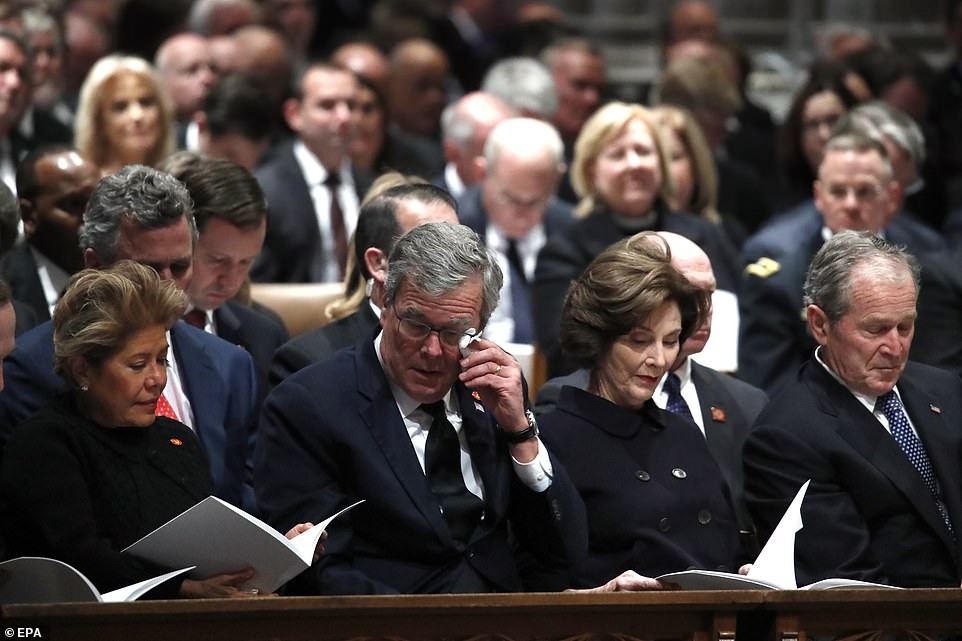 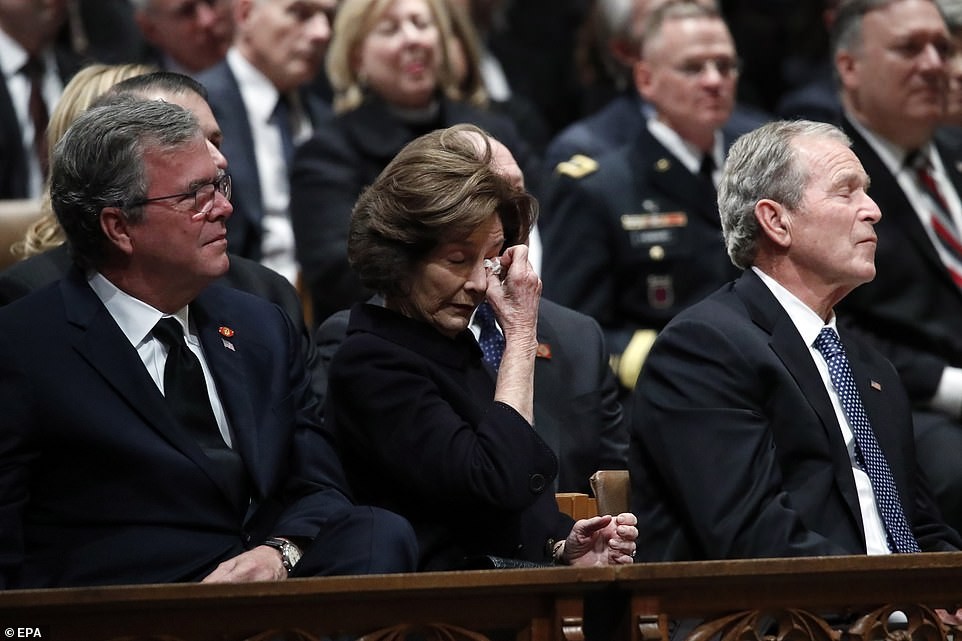 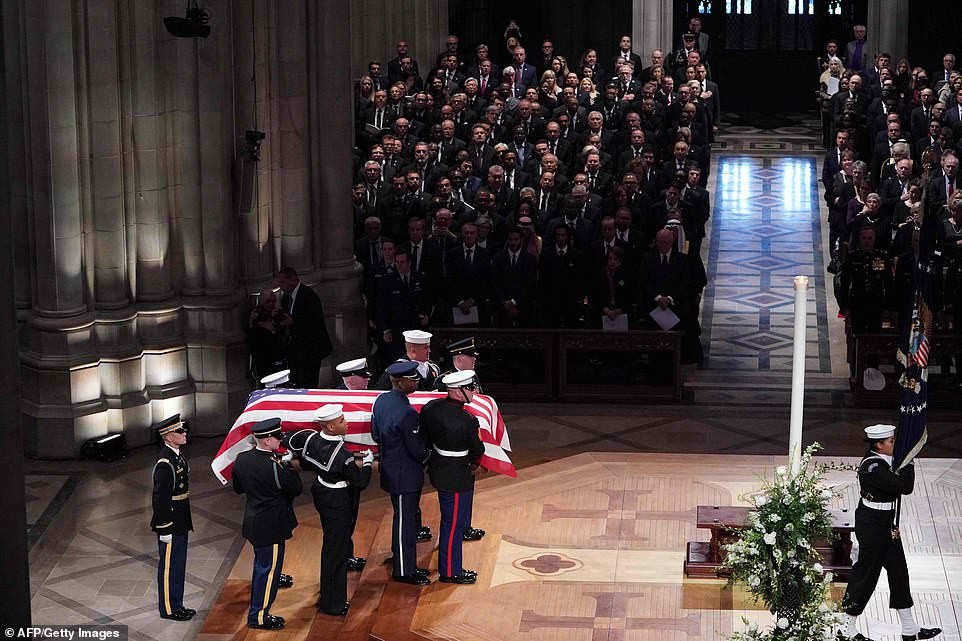 Reality star, Khloe Kardashian, who is reportedly trying to get pregnant for the second time with her boyfriend Tristan Thompson, took to Instagram…

Trump, Obama, Clinton and their wives attend the memorial service of George H.W. Bush to pay their respect