George W. Bush was photographed slipping a piece of candy to Michelle Obama today as they waited for his father’s funeral to begin.

His son, former President George W. Bush is close friends with Michelle Obama and they exchanged a beautiful moment just before the state funeral began. 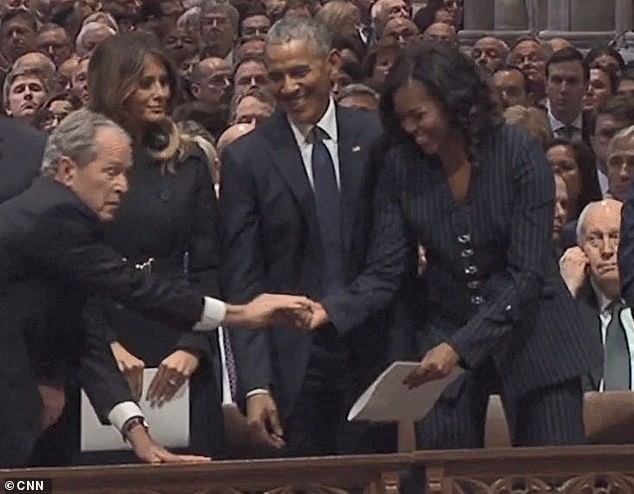 George W. Bush was seen leaning over in front of Donald Trump and Melania Trump to slip a piece of sweet into the hand of former First Lady Mrs Obama. He was greeting his predecessors and his successors when he passed the sweet to Michelle to the amusement of Barack Obama. 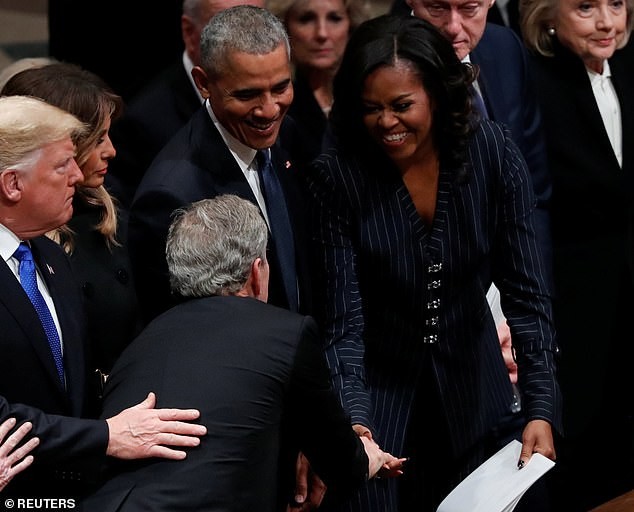 This isn’t the first time something like this has happened between the pair.  Back in September George W. Bush was pictured sneaking candy to Michelle Obama during Senator John McCain’s funeral. The photo went viral at the time and Ms. Obama commented on it, saying:

“I didn’t realize at the time that anybody noticed what we were doing.”

“He is my partner in crime at every major thing where all the formers gather… So we’re together all the time and I love him to death.

“It was a simple gesture. He was getting a cough drop from Laura – they were old cough drops, they were in a White House box.” 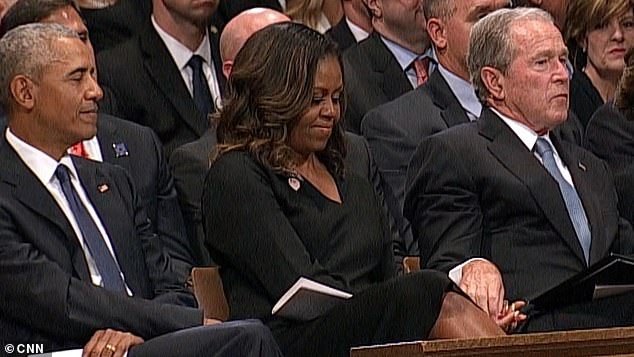 'It was a case of misunderstanding with the Police, I have a licence to carry a gun' - Small Doctor explains

Nigerian singer, Small Doctor who was arrested a few days ago for 'illegal possesion' of firearms has explained the circumstances that…