Hyde Park in London EVACUATED after BOMB found: 'I was worried' – NaijaSpects Skip to content

HYDE Park in London was evacuated on Friday afternoon after the discovery of a huge bomb.

The unexploded World War Two device was discovered partially submerged in the Serpentine.

It is believed the explosive was discovered by workmen doing maintenance on a statue in one of London’s most visited tourist attractions.

Cops confirmed the device was an inert WW2 mortar round used for training by the Home Guard.

Specialist officers placed a cordon between the Triangle car park and the boat house on Serpetine Road.

Cops said “The North and South Bank of the Serpentine, Hyde Park were closed due to the discovery of suspected WW2ordnance. 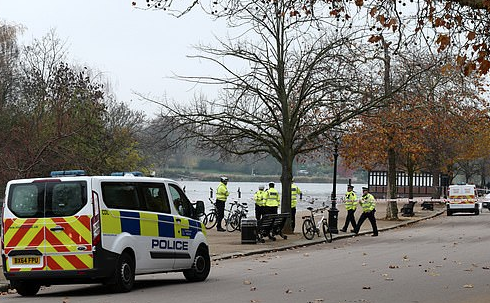 READ  Lady whose photo went viral after a 'prophet' was pictured removing her underwear in church, has reacted
Loading...