THIS Morning’s Holly Willoughby is in Australia ready to present I’m a Celebrity… Get Me Out of Here!

Phillip Schofield, 56, has been without his usual This Morning co-host Holly Willoughby, 37, for a few weeks now.

Today, he and her replacement, Rochelle Humes, 29, had a treat for Holly’s devoted fans, as she’d sent a video message from Australia.

Speaking from the iconic jungle bridge, Holly said: “Hi Phil, hi Rochelle, it’s only me in the Australian jungle. I’ve arrived safe and sound, I’m settling into my new home.”

It seems she’s already accustomed to living Down Under as she confessed: “I’m lifting up toilet seats wherever I go, I’m checking in my shoes, I’m yet to see a snake.”

At one point, she screamed as she felt something on her foot, before adding: “They have flies that bite, everything bites, everything wants to eat you.”

The I’m a Celeb 2018 line-up was confirmed this week ahead of its long-awaited launch on Sunday night.

Holly was feeling for them, as she admitted: “If I’m feeling nervous, the celebs must be even more nervous.”

After Holly signed off the video, Rochelle and Phil shared some photos that the blonde had also sent. 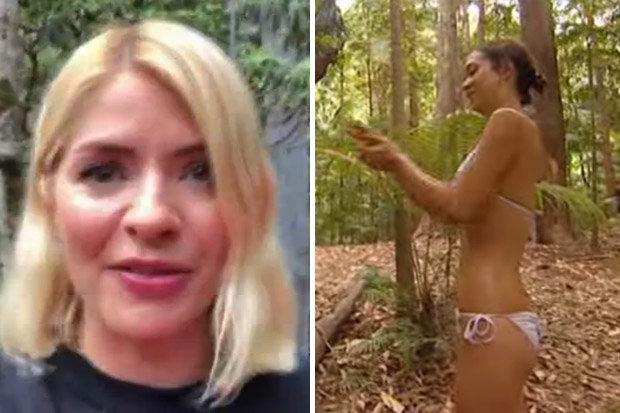 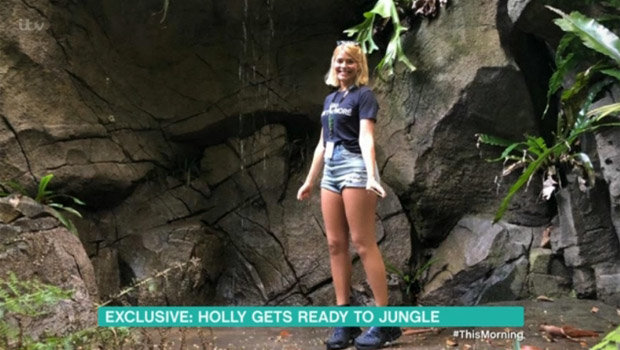 In the series of snaps, Holly posed next to the jungle shower, which has given countless iconic scenes over the years, including Myleene Klass in her bikini.

Phil laughed: “The minute she put her hand underneath it I know exactly what she’d have said – ‘It’s colder than I thought it would be!'”

Meanwhile, Rochelle said what fans at home were probably thinking, as she said: “Sadly for the viewers, it’s not in the white bikini.”

Ehi Ogbebor, the popular hotelier who went viral when Dollars rained and cars were given as gifts at her wedding…

What is wrong with this viral "innocent" photo?

What is wrong with this viral "innocent" photo? This photo is going viral. Some don't understand why but some do.…