City managed to get the better of their bitter rivals on Sunday by defeating Manchester United 3-1 at the Etihad Stadium.

Kyle Walker took to Twitter after the game and could not help mocking United with a short poem.

The tweet has since been deleted but not before several screenshots were taken.

He wrote: “Our opponent was red, we heard the away fans boo, we’re twelve points ahead, And just like violets, Manchester is blue.”

It’s unknown why the England international deleted the tweet but it he may have had second thoughts over the backlash he would have received from United fans. 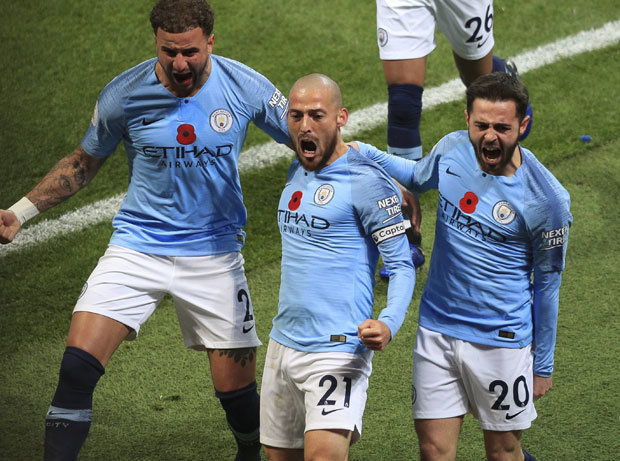 READ  Cossy Ojiakor loses mum one year after the death of her father
Loading...

MANCHESTER UNITED are showing signs in recent weeks of playing the attacking football that the club has been renowned for.…

Man allegedly stabs his lover's other boyfriend to death in Bayelsa

A married man identified simply as Charles has reportedly been stabbed to death by his rival, 35-year-old Eyor Eketen.   The deceased…