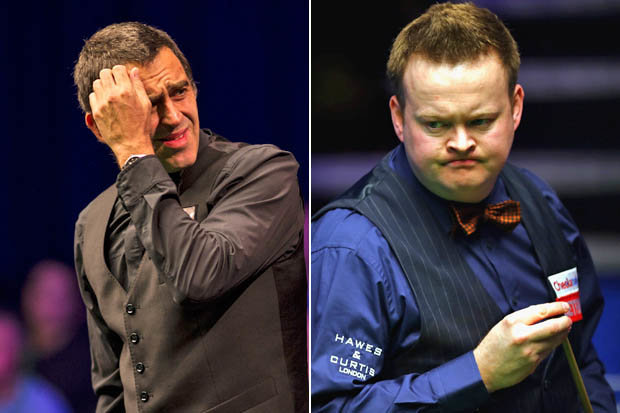 Ronnie O’Sullivan takes on defending champ Shaun Murphy in the first semi-final of this season’s Champion of Champions.

O’Sullivan kicked of Group 4 on Tuesday with a 4-2 win against Stuart Bingham.

‘The Rocket’, who won the Shanghai Masters earlier this season, then beat John Higgins 6-3 to book a semi-final clash with Murphy.

Speaking after the convincing win, he said: “I won a lot of frames in one visit.

“If you can keep clearing up it’s a much smoother match. I’m not playing as much, enjoying the tournaments that I do play in and pacing myself. When I do play I give it my best.

“John Higgins and Stephen Hendry are the two greatest players I have played so I know I have to play brilliant snooker against John.

“You can sit in your chair for five or six frames and not get a shot, you’re always aware that could happen.”

Murphy progressed past Jimmy Robertson and Ding Junhui in Group 1 to reach the last four.

After beating Junhui, he said: “It’s always a tough match against Ding because he’s one of the best players in the game.

“I knew I’d need to up my game compared to how I played in my first match.

“I started well tonight then missed a few and went 3-2 down. It has been a rough start to the season for me so I was desperate for a victory.

“I was pleased with how I finished it off. I played some good safety which forced a few mistakes out of Ding, and when I got chances I was quite clinical.

“There are only winners in this event and every player deserves his place in it.

“I’ve done my bit now and got to the semis, I’m looking forward to watching everyone else sweat it