MANCHESTER UNITED stunned Juventus last night – and manager Jose Mourinho had a major part to play in the success.

United looked to be heading for defeat after Cristiano Ronaldo’s stunning opener for Juventus.

But a Juan Mata free-kick and own-goal from Alex Sandro turned the game on its head in the dying stages to hand the Premier League side a surprise victory.

And it appears Mourinho had a major role in United’s late winner in Turin.

In video footage taken by a fan inside the Allianz Stadium after Mata’s 86th minute strike, the United players are seen running towards the away dugout to celebrate.

Captain Ashley Young swung in a free-kick from the left and Fellaini caused havoc in the area.

Goalkeeper Wojciech Szczesny couldn’t get off his line to clear and the ball ended up in the back of the net after bouncing off the unfortunate Sandro.

Paul Pogba, who along with Fellaini was spoken to by Mourinho, was also involved in the goalmouth action, causing a nuisance as Juventus failed to clear their lines.

The shock win in Italy puts United back in the box seat to advance to the Champions League knock-out stages. 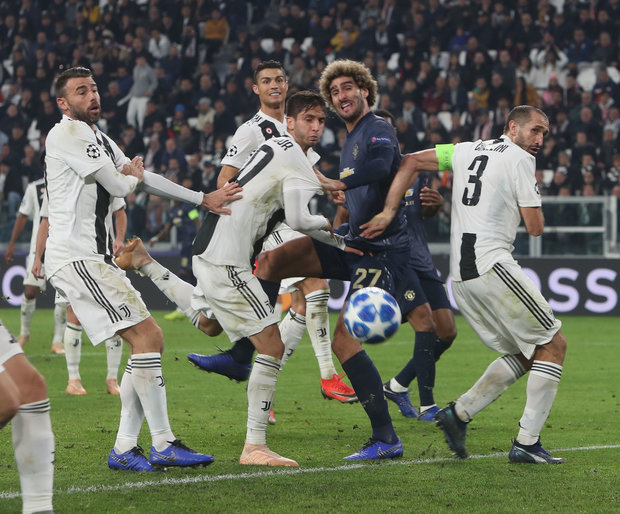 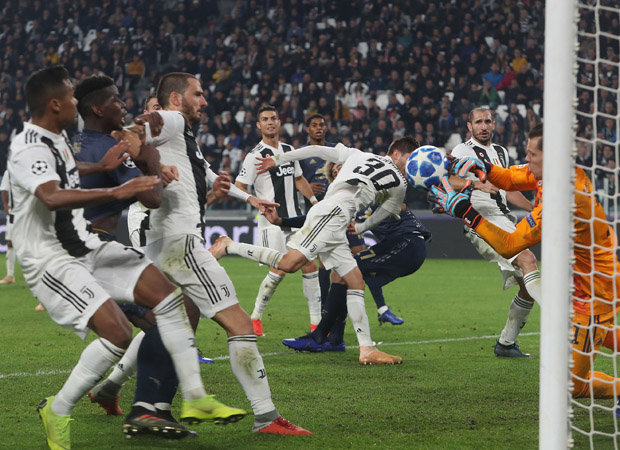 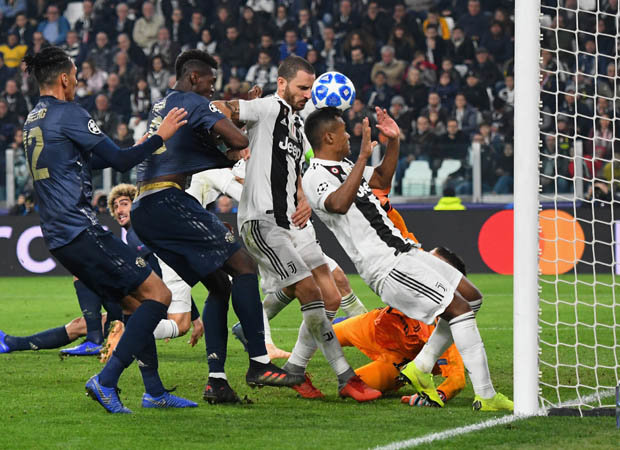 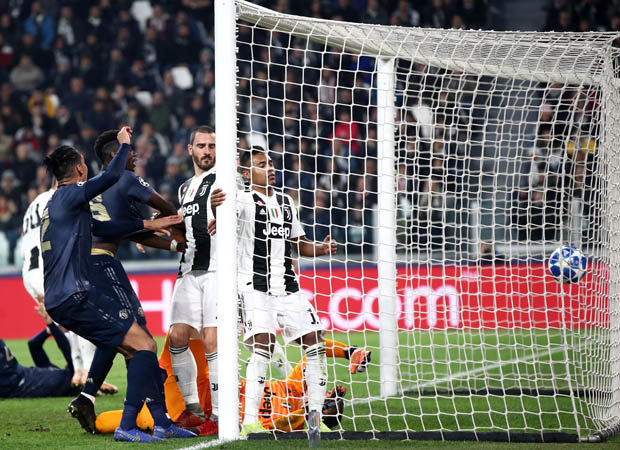 And the ball then deflects in off Sandro (Pic: AFP)

A win for United against the Swiss will be enough to qualify from the group should Valencia fail to win in Turin.

The Spanish side host the Manchester club in the final round of matches.

Mourinho lauded his players after securing a stunning comeback victory that the Manchester United manager milked in front of the Juventus fans.