A bizarre statue of Liverpool forward Mohamed Salah has been unveiled in his home country in Egypt.

The bizarre sculpture went on display at the World Youth Forum in Sharm El Sheikh on Sunday.

The artwork, created by Mai Abdel Allah, represent Salah who is the current African best footballer as a great example of dedication and determination, and it is said to have taken a month to create the tribute piece.

The sculptor told the Egypt Independent that the statue is ‘opening his arms to the fans’ after scoring goals but one Twitter user questioned why the ‘body what that of an eight-year-old’ was used. 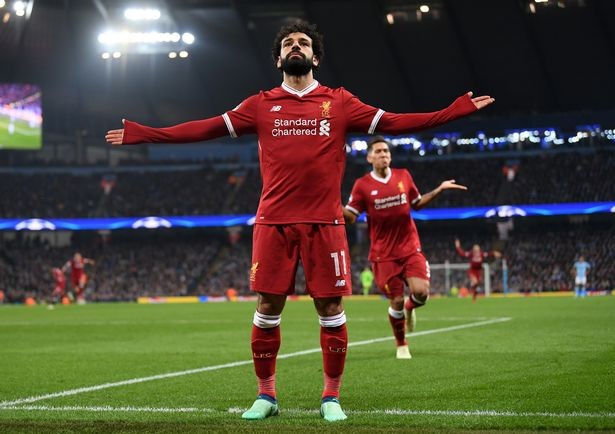 The Twitter user said: ‘Did they run out of material for the body for the Mo Salah statue? Why does he have the body of an 8 year old?’ 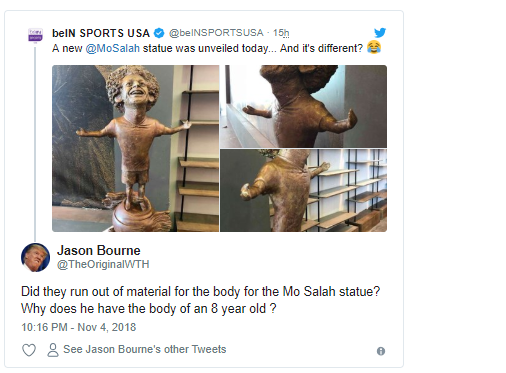 See full photos of the bizarre statue below. 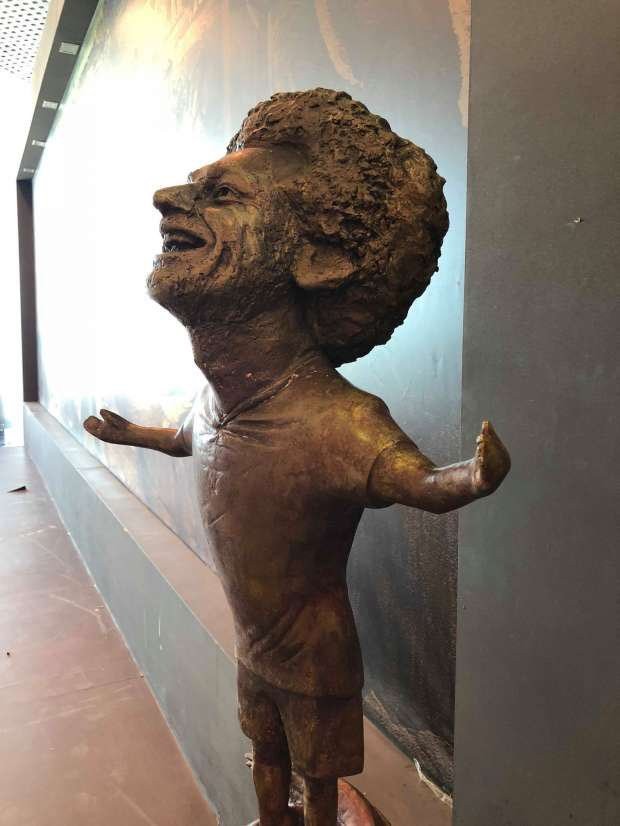 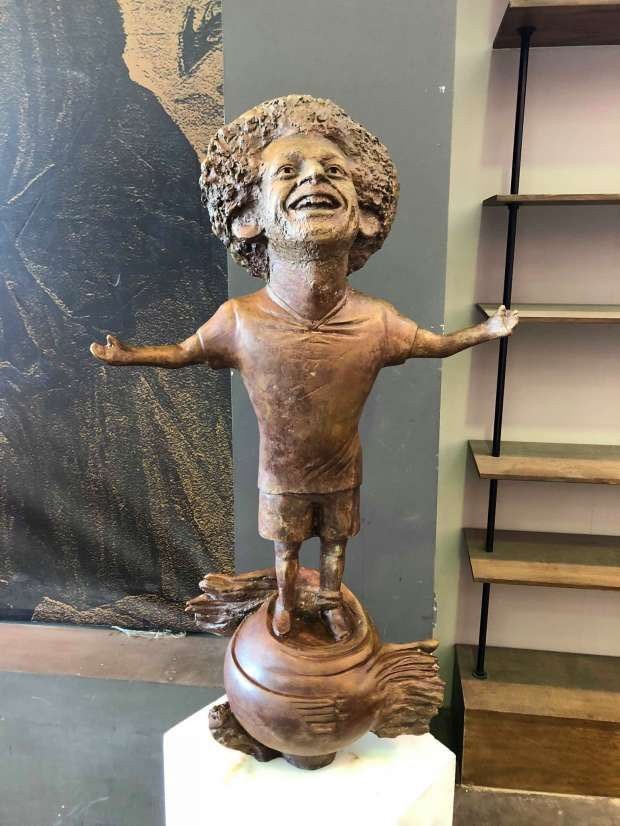 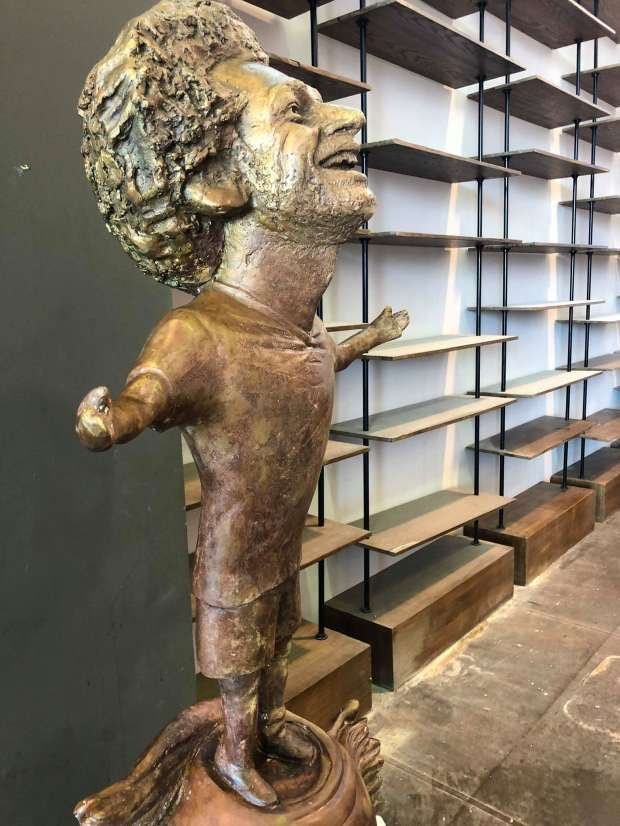 READ  Sports journalist Oma Akatugba slams Seyi Law for saying he had only N63k in his account a month before he bought his house
Loading...