British Formula 1 athlete, Lewis Hamilton has won his fifth F1 world championship, making him the joint second most successful driver of all time.

The 33-year-old won the title at the Mexican Grand Prix on Sunday night after he finished fourth. Lewis needed only to finish seventh even if his opponent Sebastian Vettel won the race to become champion – but the German could manage only second place behind the dominant Max Verstappen. 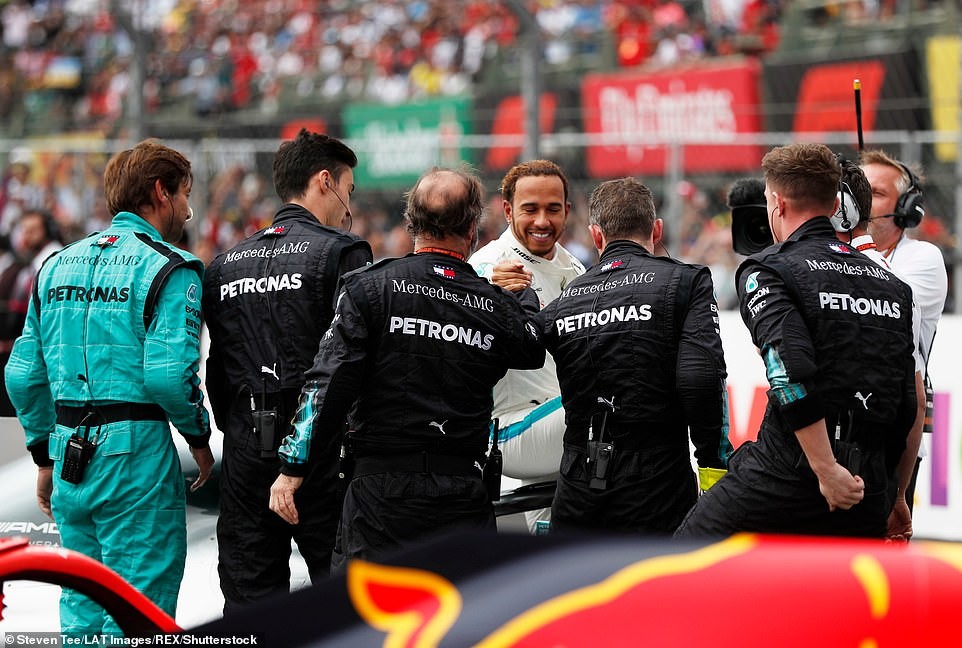 After the race, Hamilton said: “It is a very strange feeling right now. This was won through a lot of hard work through a lot of races. I am so grateful for all the hard work, for everyone who has been a part of it.

“To complete this, when Fangio has done it with Mercedes, it is an incredible moment.

“It was a horrible race. I got a great start and was working my way up and I really don’t know what happened after that. I was just trying to hold on and bring the car home.”

The Mercedes driver is now the only third man in history to win five world titles. He is now joint holder with Argentine legend Juan Manuel Fangio and is two behind all-time record holder Michael Schumacher.

READ  Italian coach banned for headbutting rival coach after ordering one of his players to break an opponent's legs (Watch video)
Loading...

49s Lunchtime, Teatime And Russia Gosloto Sure Prediction For Today