Spread the love
A court in Bangkok on Wednesday sentenced a former Buddhist monk known for his jet-set lifestyle to 16 years in prison for raping a 13-year-old girl who he also impregnated years ago.
Wirapol Sukphol became infamous when he appeared in a 2013 YouTube video in his monk’s robe aboard a private jet wearing aviator sunglasses with a Louis Vuitton carry-on by his side. 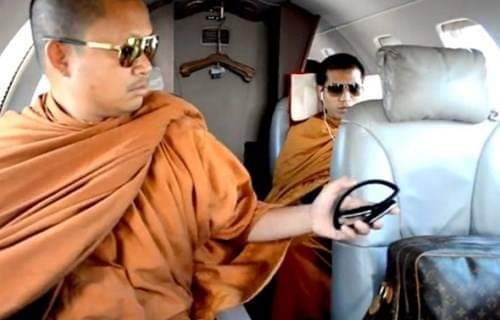 He was defrocked amid accusations that he had sexual relations with women – a major violation of the precepts guiding monks’ behavior – and had impregnated one. Because of the furor, he fled to the United States, where he was arrested in 2016 and extradited last year.
On Wednesday, the Ratchada Criminal Court in Bangkok handed Wirapol two eight-year prison terms, one for violating a minor under 15 and another for rape.
Wirapol is already serving a lengthy prison sentence. In August, the same court sentenced him to 114 years in connection with funds he fraudulently raised from followers. He was found guilty of fraud, money laundering and violation of the computer crime act for spending money he had solicited for Buddhist statuary and temple improvements instead on cars and luxury goods.
Legal technicalities capped the 114-year sentence at 20 years, meaning he will now serve a 36-year prison sentence. 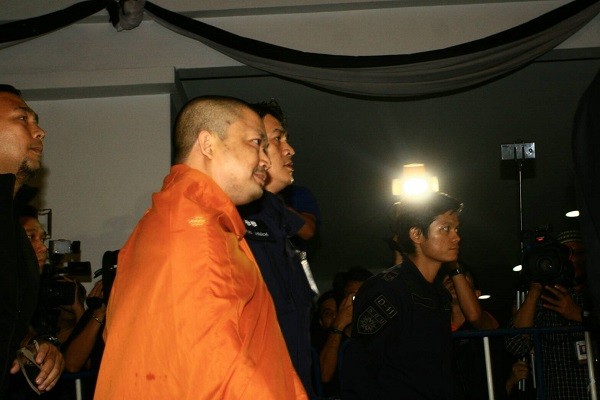 Wednesday’s court ruling said prosecutors charged that Wirapol abducted a 13-year-old girl and sexually assaulted her from January 2000 to the middle of 2001, during which time she also became pregnant.
The victim, now 32, said she was satisfied with Wednesday’s sentencing. She said she would present the ruling to the Sisaket Juvenile and Family Court, where she has filed a lawsuit against Wirapol requesting 40 million baht (USD$1.2 million) in child support in a case the court had put on hold pending Wednesday’s ruling. She said Wirapol had initially provided her 10,000 baht per month to take care of their child but he gradually stopped the payments.
According to the Department of Special Investigation, Wirapol at one point had accumulated assets estimated at 1 billion baht ($30.1 million). During a shopping spree from 2009 to 2011, he bought 22 Mercedes Benz cars worth 95 million baht ($2.9 million), the department said.
An earlier civil court ruling ordered the confiscation of 43.5 million baht ($1.3 million) from Wirapo.