50 Cent has been having issues with his baby mama Shaniqua Tompkins for so long and never misses a chance to attack her verbally. But his son with Shaniqua isn’t letting him get away with insulting his mother.

50 Cent, whose real name is Curtis Jackson, took to Instagram to attack his baby mama again. This time, his grouse has to do with her desire to do reality TV.

In a photo shared on his Instagram, 50 is seen sitting in a set of gym rafters next to a dog while examining a document. 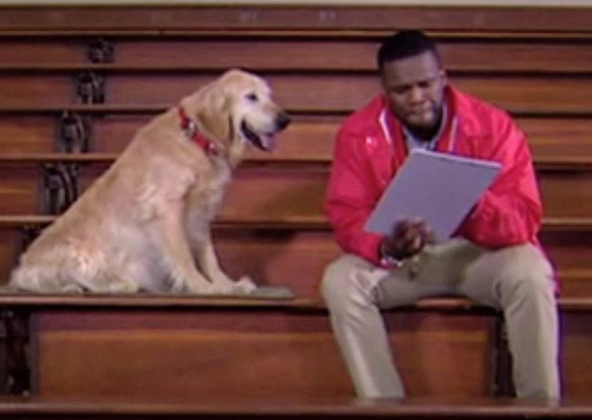 See right here Shaniqua this is the life rights agreement you signed. See this paragraph says you can’t do reality Tv ok. LOL get the strap #bellator

It was as though he was referring to Shaniqua as the dog in the photo.

He then posted another similar photo, again, also seated in bleachers, this time with the dog laying down beside him and captioned it: 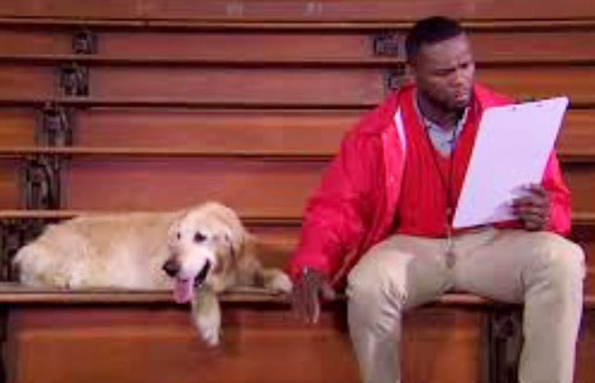 you starting to look a little thirsty you ok? Child support ls over. l don’t know what else to say, wait call Floyd he will let you strip at his joint. #bellator #lecheminduroi

But Shaniqua’s son with 50 Cent, Marquise Jackson, wasn’t having it and he hit back at his father by sharing both of his father’s Instagram posts as well as his petty captions.

nd y’all wonder why I don’t respect him as a man or a father? You had a good run but it’s over big fella lol it’s been a decade. You’re 40+ you can grow up any day now