Heavy rain in Bayelsa has led to flooding that wreaked havoc in so many communities, but some communities have been “blessed” by the flood.

A photo being circulated online purportedly shows villagers rejoicing after the flood washed large fishes into their community. The villagers reportedly plan to sell the fish. 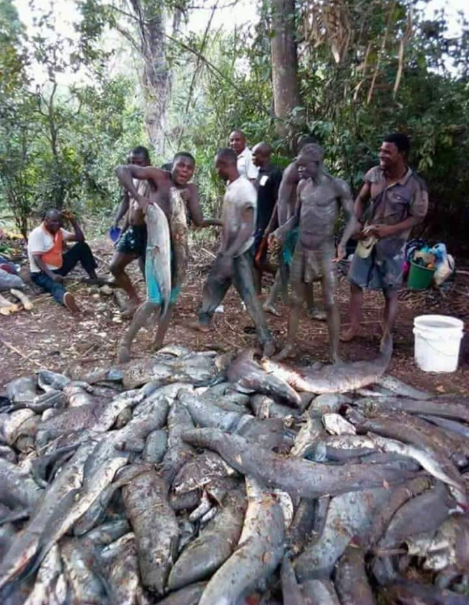 On the flip side, residents along the Epie Creek in Yenagoa, Bayelsa State, who were adversely affected by the flood have bemoaned their loss and the discomfort caused them by floods that submerged their houses.

It was gathered that the water levels rose beyond tolerable limits and wreaked havoc on houses, the environment, and properties of some residents. Due to the development, some residents were said to have temporarily relocated from their homes to seek refuge in other places.

READ  'Let the blessings for today not pass us by' - IK Ogbonna says as he shares lovely photo with his wife Sonia.
Loading...

Tomorrow's and Tomorrow Night's Free Football Predictions and Tips Check out our highlighted football predictions of this week. We've picked the right…

Today, President Buhari in New York restated Nigeria’s commitment towards the eradication of tuberculosis in the near future.   Addressing a…