Abraham Olujonwo Obasanjo, son of former President Olusegun Obasanjo, has publicly declared his support and availability to work for the re-election bid of President Buhari despite the fact that his father is against it.

‘After visiting my office a few days ago to pledge his support for PMB’s 2nd term bid, I just received a formal letter and a press statement from the son to ex-President Obasanjo to that effect’ Keyamo said.

In the signed cover of the letter to Keyamo, Abraham Obasanjo wrote: ‘Dear Sir, please find attached a statement of my public declaration and support for the 2019 second term re-election bid of our highly esteemed President Buhari. I have taken a personal decision to release the statement and to notify you of my availability to work for the re-election of our dear President Muhammadu Buhari with sincerity and loyalty. Please accept my assurances of the highest regards.”

See the letter below… 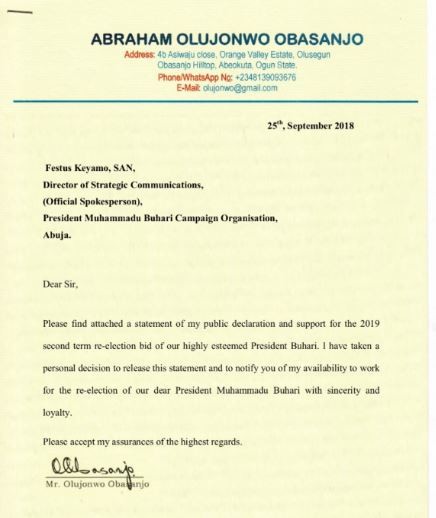 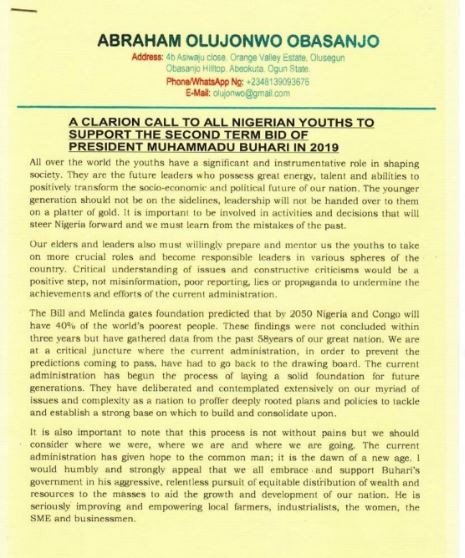 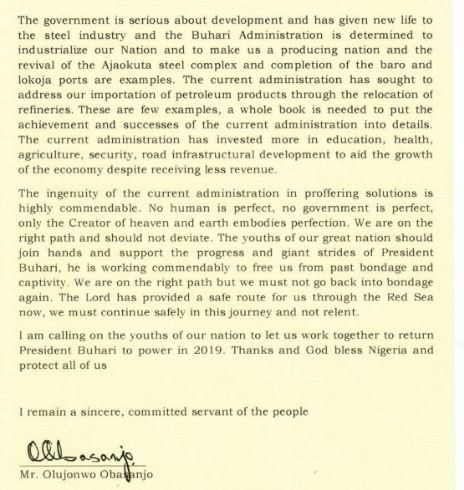 READ  BBNaija 2018: Why my parents will be disappointed in me – Bambam
Loading...

Today, President Buhari in New York restated Nigeria’s commitment towards the eradication of tuberculosis in the near future.   Addressing a…

Rihanna's home was reportedly swarmed by police for the second time in a month on Tuesday night. According to ABC7, Rihanna's…

UK 49s Lunchtime & Teatime, Russia, Powerball daily picks  This is a Prediction blog where we always give out sure…