IT IS claimed mythical giant planet Nibiru has entered the galaxy after a blood red “second sun” was filmed in the sky.

A US man filmed the spooky looking sunset this week, claiming he had undoubtedly witnessed the coming of the giant celestial body.

Nibiru – also known as Planet X – has long been prophesied by conspiracy theorists.

Doomsayers believe the huge mystical alien world is hurtling through space and will eventually smash into Earth, wiping out mankind.

Fears of a looming apocalypse reached new heights last year as Christian prophets and conspiracy theorists proclaimed the end is nigh.

Mythical planet Nibiru was at the centre of these fears.

It was supposed to appear in September 2017, but its apparent arrival date has been revised numerous times when the apocalypse failed to materialise.

Many people claim to have seen the so-called “intruder planet”, with amateur photos and videos appearing online.

There has been no official confirmation of its arrival but NASA has previously denied Nibiru’s existence. 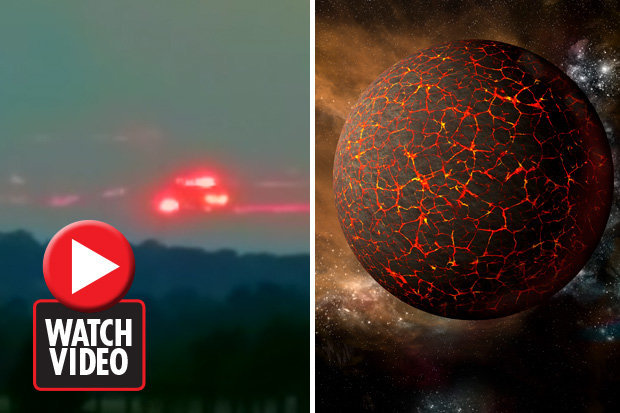 COMING: It is claimed the mythical planet Nibiru has finally entered the galaxy(Pic: YOUTUBE/GETTY) 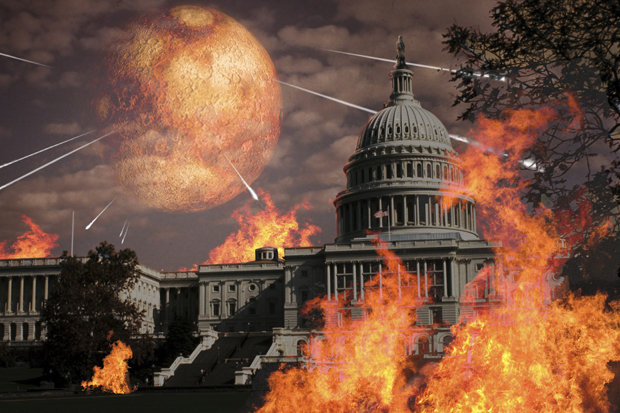 APOCALYPSE: It is claimed Nibiru will wipe out mankind

A statement from the US space agency said: “Nibiru and other stories about wayward planets are an Internet hoax.

“There is no factual basis for these claims.

“If Nibiru or Planet X were real and headed for an encounter with the Earth, astronomers would have been tracking it for at least the past decade, and it would be visible by now to the naked eye.”