It might be a bit confusing how these smartphones are named differently but look very much similar to one another. The Vivo Y97 as it is has a similar build to the Vivo V11 and the exact same build as the Vivo V11i. Even as it is not in the V-series, the Vivo Y97 shares a significant part of its specs with the Vivo V11i. There is still the large Halo Full View display in place and the mid-range MediaTek fore runner. 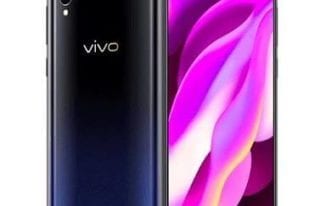 There is actually not much of a difference between the two smartphones that we have here (Vivo Y97 and V11). It does boast of some nice aesthetics with its gradient glass back and a fairly light weight at 162g. You’ve got a bunch of colour option to choose from, there is the Starry Night, Nebula and Pink option

A major change from AMOLED to LCD is what really separates the display of this snartphone from that on the V11. Still sports a big 6.3-inch sized display and has a resolution of 1080 x 2280 pixels same has on the V11.

The battery capacity is fair enough for a smartohone user who seeks till end of the day usage on it. However, an added perk is the LCD screen which consumes less power compared to the V11 having an AMOLED screen. The 3, 315mAh battery  can be charged using fast charge technology like it’s high-end counterpart.

On the smartphone, you can expect to take good pictures with the set of camera in play. Certainly not the best around, the Vivo Y97 is still a nice camera phone in its price range. At the rear, there is dual arrangement, a 16MP main cameec and a 2MP depth sensor for better bokeh shots. The front camera is an f/2.0 16MP sensor with HDR capability and AI smarts

Everything here is as it is on the Vivo V11i not one difference between the two. In that regard, it  has a MediaTek Helio P60 processor and a Mali-G72 MP3 GPU for your gaming and other graphics engaging activity. You would also find 4GB RAM on the smartphone and a storage space of 128GB built-in with a supported expansion up to 256GB. There is Android 8.1 Oreo made up into Funtouch OS 4.5 on the smartphone.

The smartphone was released for the Chinese market and should cost an equivalent of about 106, 000 Naira depending on the deal and your location.

Here are a few specs of the Vivo Y97:

Solar Incentives: A Good Reason to Use Solar Panels

Solar energy is clean energy and everyone knows that. Solar panels can be an excellent source of energy (Not a secret!!!). In…